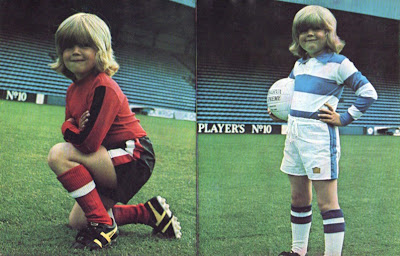 Admiral continued to manufacture the kit going into the 1974/75 season. The home design had a complete overhall whilst the away one, whilst readily available in the club shop, was never actually worn in a competitive game - another in what will become a long list of kit 'mysteries'. The home shirt retailted at £3.70 for adults, the away one £3.30. 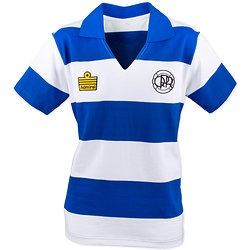 A modern replica is currently available in the QPR club shop - an excellent reproduction, true to the original. 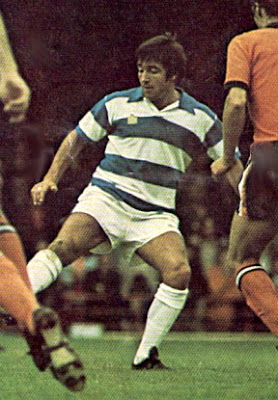 The new home shirt was a classy affair (still no badge though), and for some reason it only lasted half a season before... 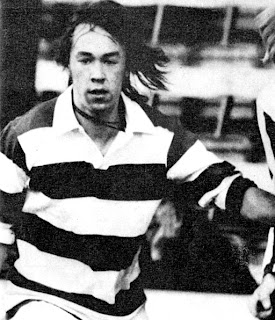 ...this one turned up. No idea who made it or why it had to change. Just guessing, maybe there was some dispute with Admiral going on because it wasn't long before the third home kit of the season arrived - by Umbro. 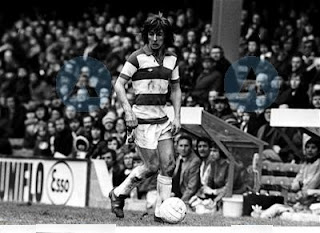 For the final games of the season, Umbro produced this offering. Though all three home kits look the same at first glance, the tone of blue was different in each of them and the differing collar designs is the real giveaway. 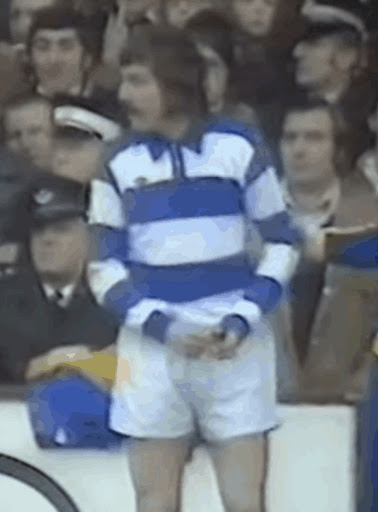 ...now another admiral shirt has ermerged, worn at West Ham in February. 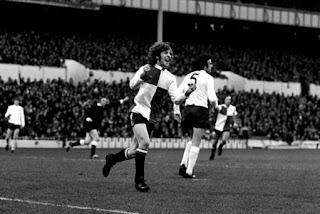 For the opening games of the season QPR wore the Admiral red shirt/black shorts from 73/74 as the away kit, before this famous design, made by Umbro, debuted at Wolves in October. The red and white quarters didn't stick around for long though. 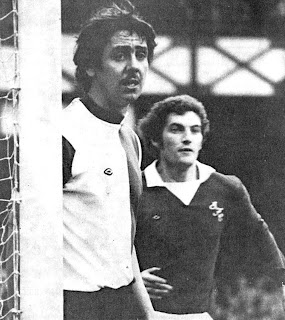 Red and white halved shirts appeared before the season was over. What was this, laziness on the production line?! "They won't notice... 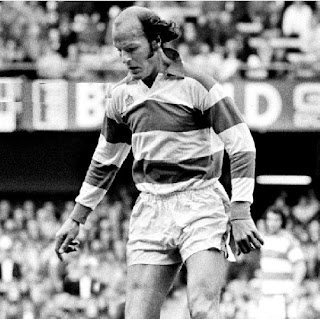 So, that was the 1974/75 season. Four home shirts, three different away shirts - plus one that was never worn.