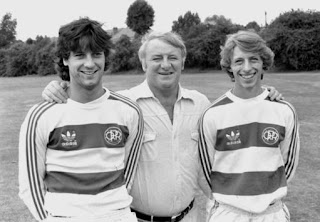 The kit from the 1978/79 season was the one that appeared in the pre-season photo shoot, and was used occasionally throughout the season, alongside another new design from Adidas... 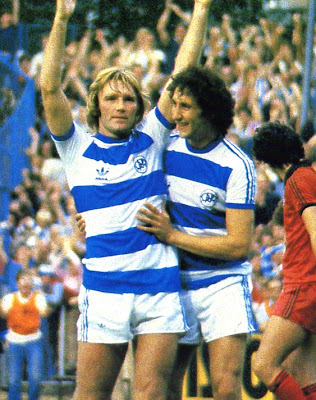 ...which was almost identical to the one launched for the 1977/78 season, but this one included the badge. 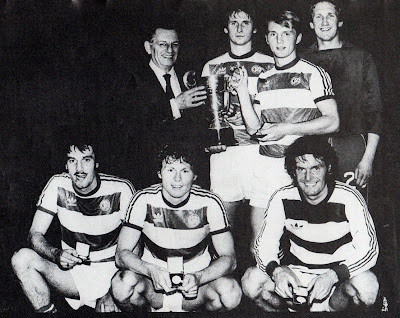 Just to complicate things, towards the end of the season the same shirt had the Adidas logo and QPR badge in white on the top blue hoop - pictured here with QPR being presented with the 1980 5-a-side winners trophy (note Don Shanks in another Adidas design, which doesn't exactly match any previously worn). 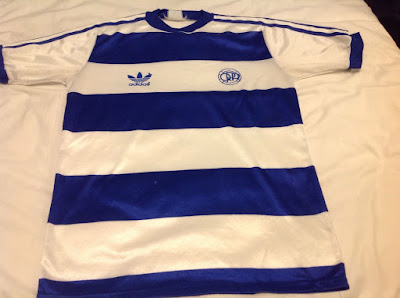 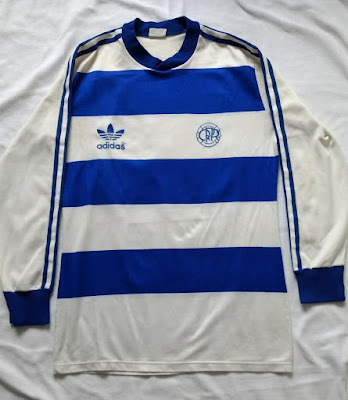